On the occasion of International Women’s Day 2022, we explore the link between gender and climate change. Here, we spotlight the role of standards. 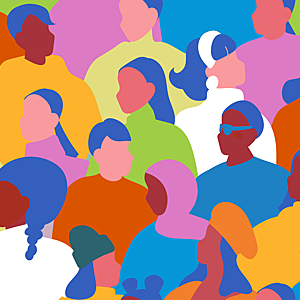 Climate change and gender equality are closely linked and, together, form one of the most pressing challenges of our time. This is why ISO is working from the ground up to put the building blocks in place that are not only improving the lives of women and girls but also enabling them to shape a brighter future for themselves and the planet.

In a powerful illustration of the fragility of our planet, at the closing ceremony of the Winter OIympics 2022 in Beijing, a giant globe was rolled across a thin sheet of cracking ice. The message was clear: Mother Earth, the planet that gives us life and nurtures us, is in trouble. From disrupted weather patterns to higher temperatures, devastating wildfires, declining water supplies and extreme weather events, to name a few, the impacts of climate change touch all our lives. But, as with most things in life, these impacts are not felt equally and women are more likely to be affected than men.

According to the UNFCCC, women make up the majority of the world’s poor. In most regions of the world, women, particularly those in rural communities, rely on the essential natural resources most threatened by climate change, which in turn impacts their role as primary caregivers, undermining the fabric of their societies and pushing them deeper into poverty. It also further reduces any chances of their playing a meaningful role in tackling the threats to their very livelihoods.

António Guterres, Secretary-General of the United Nations, has acknowledged this, saying: “Transforming the balance of power is essential not only as a question for human rights, personal development and well-being. It is also critical to solving some of the most damaging and intractable problems of our age, from deepening inequality and polarization to the climate crisis.” The climate and gender theme is also aligned with that of the CSW66 (the 66th session of the Commission on the Status of Women).

The significance of empowering women in the context of climate change was evident at COP26 in Glasgow with a dedicated Gender Day. And it is also why the overarching theme of International Women’s Day 2022 is “Gender equality today for a sustainable tomorrow”, acknowledging the contribution of women and girls around the world, who are leading the charge on climate change adaptation, mitigation and response, to build a more sustainable future for all.

ISO has been doing its share in effecting change to tackle gender equality.

ISO is no stranger in this space and has been doing its share in effecting change to tackle gender equality. Its Gender Action Plan establishes ambitious goals towards supporting gender equality in standardization. Launched in 2019, the Gender Action Plan is now in its second phase with a focus on balanced participation and the inclusion of a gender lens in standardization.

“Empowering women and girls to have a voice, to be equal players in decision-making related to climate change and sustainability, is essential for sustainable development and greater gender equality,” said Noelia Garcia Nebra, ISO’s Head of Sustainability. “At ISO, we care about the livelihoods and well-being of women and girls around the world. We are committed to redoubling our efforts for standards to play a bigger role in addressing the very real challenges we face around climate and gender equality.”

Action at the national level contextualizes the crucial role standards can play in transforming the lives of women and girls, such as in South Africa where there is an initiative for reusable sanitary products. When it comes to managing their menstrual cycle, many women and girls in South Africa face significant challenges. On top of the stigma that surrounds menstruation, they often struggle due to lack of access to affordable sanitary products, which can result in emotional and physical distress. With access to safe reusable menstrual products, women no longer have to miss out on education and work, and they are also protecting the environment.

The publication of a standard on the manufacture of washable, reusable sanitary towels by the South African Bureau of Standards (SABS) is one of the first standards for washable sanitary pads in southern Africa and is leading the way for other African countries to follow, such as Uganda and Kenya.

Sazi Zangqa, International Relations Specialist at SABS, said: “All women and girls have a right to experience their menstrual cycle with dignity, free of shame and without discrimination.” But it is not just women and girls who benefit from having a standard for proper menstrual hygiene. “Compliance with standards serves as a proactive measure to manage and control non-conformities before they affect quality and safety performance of the products, so the broader society and national economies can profit from better menstruation management too,” he said.

Climate and gender are also benefiting from another standards initiative: clean cookstoves. For those living in the poorest parts of the world, household air pollution (HAP) from traditional cooking methods has cut lives short, damaged the environment and put huge burdens on healthcare systems. Meals have been cooked on inefficient and dangerous stoves, using biomass fuels – such as wood, charcoal, dung – on open fires, in rooms that lack proper ventilation. In countries in Latin America and the Caribbean, for example, the promotion of clean cooking programmes would lead to considerable health benefits and increase the life expectancy of the vulnerable women and children who are exposed to HAP daily.

Considerable progress has been made in finding solutions and collaboration has been key to success. ISO’s collaboration with the Global Alliance for Clean Cookstoves has led to three ISO standards (clean cookstoves and clean cooking solutions) helping to drive the market for safe and efficient cooking solutions. Clean cookstoves not only reduce the risk of disease associated with HAP but can also cut greenhouse gas emissions. These standards, which have raised the benchmark by setting new clean cooking performance targets, are expected to incentivize manufacturers and developers to continually improve stove quality and design, freeing up women to pursue economic and education opportunities.

More work needs to be done by both the public and private sectors. Saadia Zahidi, Managing Director at the World Economic Forum and responsible for the Global Gender Gap Report, says governments “have a critical role to play” in closing the gap, which widened even more during the pandemic – increasing the time women will have to wait for gender parity by a generation from 99.5 years to 135.6 years. “If businesses want to have the […] creativity and innovation that will get them out of the crisis, they need diversity, and so they need to think of this as a business investment as well,” she said.

Ensuring that women have more access to opportunities in sustainable projects will spur economic growth, improve environmental outcomes and make them real change-makers. At the time of her election as the first woman President of Ireland, Mary Robinson, said: “I was elected by the women of Ireland who, instead of rocking the cradle, rocked the system.”

With the commitment of ISO and the collaboration of its members, the uptake of standards and initiatives will not only empower and enable women to rock the system, but also to play a major role in shaping a new and more sustainable one.