Foresight trend report: Everything is connected

There are few issues on which all countries can agree, but almost every UN state has committed to the Paris Agreement on climate change. 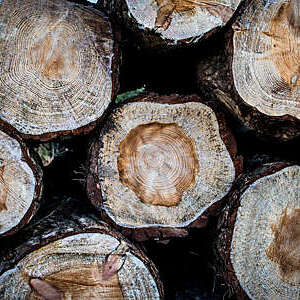 It is unsurprising that the need to stem environmental degradation – from depletion of natural resources to the endangerment of entire ecosystems – is a near-consensus issue. Aside from being a serious problem in itself, humanity being inextricable from the natural world means environmental degradation is closely bound up in other global challenges like food security. This forms vicious circles that can be very difficult to break.

Equally, every effort to resolve environmental degradation can be a step towards a virtuous circle with benefits for areas such as public health, energy security and employment.

The continued degradation of nature will stress the stability of society as the demand for resources such as water and food continues to grow.

Water use has been growing at double the rate of population growth for the past century. The United Nations estimates 1.8 billion people will face water scarcity by 2025, with two-thirds of the entire global population facing water stress. Pressures on already scarce freshwater resources include rising temperatures, which increase loss due to evaporation, while increasing demand could drive up costs for water, and disagreements over handling of this precious resource has the potential to contribute to international tensions.

The same forces – climate change, population growth and economic development – that aggravate water scarcity will also put pressure on the availability of arable land for farming. Meanwhile, lesser-known natural resources, such as rare-earth metals, are already under pressure as decarbonization efforts boost demand for rare resources, such as lithium for electric vehicle batteries.

Scarcities like these can even drive conflict, particularly when economic and political circumstances create barriers to access.

Natural ecosystems on land, in our waterways and at sea are also impacted by those same factors and influences. Global warming, pollution, deforestation, seabed mining and ocean acidification are interfering with the natural functioning of these ecosystems – and scientists are still working to understand the full extent and implications of their disruption.

Ecosystems are deeply interconnected networks of life and, naturally, humans are not immune to the threats of ecosystem disruption. Extreme weather can be directly and indirectly fatal while the increase of air pollution is already posing significant public health risks in urban areas – the World Health Organization estimates that 99 % of the global population breathes air exceeding guideline limits on pollutants.

Protections for a fragile planet

The challenge of environmental degradation may appear overwhelming – but there is plenty that can be done, and is already being done, to mitigate and even reverse damage. Most countries are aiming to reach net-zero greenhouse gas emissions in the coming decades, and a series of treaties, regulations and standards are helping combat exploitation and mismanagement of nature.

ISO is always considering how standardization could benefit the management and preservation of natural resources. At present, it has advisory groups engaged with mapping existing work and market needs related to critical minerals and smart farming. As the market for carbon capture technology expands, there is also significant scope to grow the work of its dedicated technical committee. ISO is attune to the need for new standards to support the development and testing of new decarbonization technologies and approaches, such as reforestation.

Standards may be just one part of the solution, but they put in place a foundation for cooperation and trust between companies, countries and consumers.